Menorrhagia is the medical terminology for heavy periods. These symptoms can be experienced by women of any age range but are most common in the over 40s.

There are normally no serious causes for the onset of heavy periods.

One of the most common reasons for heavy bleeding can be fibroids, which are lumps in the muscle, which can occasionally grow on the outside or inside surface of the womb.

Another cause of the problem can be polyps. Polyps are small benign growths that can be formed in the tissue of the womb.

What treatments are available?

Most women can be treated with medication / tablets, the most effective of these being Tranexamic Acid (Cyclokapron). The effect of Tranexamic is that it reduces the amount of blood loss experienced.

The tablets are taken during the heavy days of the period. However, if a patient has a history of thrombosis (blood clots) then the drug cannot be prescribed.

An alternative treatment could be in the form of a hormone releasing system called a Mirena Coil.

The coil releases a hormone inside the womb, the effect of this is to stop the womb lining building up. This in turn has the effect of less coming away as a period.

The Mirena should reduce or even stop the periods occurring. The Mirena would also work as a contraceptive in the same way as a normal coil.

In the case of a polyp being present, then this would need to be removed. There are two ways of proceeding either by hysteroscopy (using a small telescope, this would be passed into the womb via the vagina) or as a day-case patient whilst under a general anaesthetic. Both procedures would depend on the suitability of the patient.

Endometrial Ablation, this is a day-case procedure, performed under a general anaesthetic. Endometrial Ablation is the removal of the lining of the womb using either electrical or microwave energy. The effect of this treatment is that only light or no periods would be experienced.

However, before proceeding with this treatment the patient would need to be sure that they would not want any more children.

A hysterectomy is an operation where the womb is removed. This surgical procedure is only performed when all the other treatments have been unsuccessful.

Fitzwilliam Hospital runs a One Stop Gynaecology Clinic, which incorporates a consultation with an ultra sound scan, if required. Our consultants would discuss your problems and offer you their expertise and advice. A patient can self refer or be referred by their General Practitioner

What will this initial clinic visit cost?

The cost of the consultation is from £150

THE BEST OF CARE

Spread the cost of your treatment 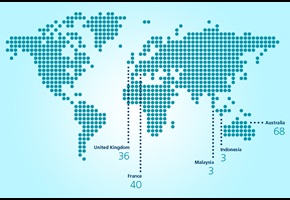 Find a hospital in your area